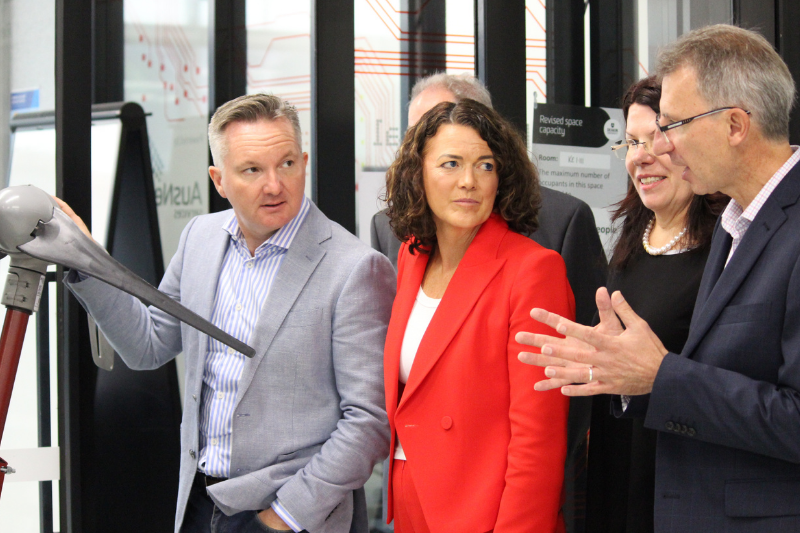 The Geelong and Surf Coast region has the potential to be a renewable energy powerhouse, Shadow Minister for Climate Change and Energy Chris Bowen has said.

Shadow Minister for Climate Change and Energy Chris Bowen and Corangamite MP Libby Coker on Tuesday met with concerned locals and young people who are desperate for the government to take greater action on climate change.

Mr Bowen and Ms Coker also paid a visit to Deakin University and were briefed on its suite of energy projects and environment innovations.

Mr Bowen said the work Deakin was doing was important to developing renewable energy technologies that would create jobs of the future.

“Australia is very vulnerable to a changing climate, but if we are smart, we can also seize the opportunity to become global renewable energy powerhouse,” he said.

Ms Coker said: “It was fantastic to have the opportunity to show off our region to Chris Bowen. Deakin is doing incredible work in the renewable energy space that will help create the jobs of the future.”

“I want to see our region harness these local innovations and become one of the nation’s powerhouses for renewable energy. This is a major opportunity for us.”

The visit was followed by two community forums at the Grovedale Community Hub.

Over 20 primary and secondary students from across Geelong, the Bellarine, and the Surf Coast attended the Youth Climate and Energy Forum.

Students asked questions about rising sea levels and the impact that may have on our pacific neighbours, Australia’s reluctance to commit to a net-zero emissions by 2050 and the need for climate action now.

The forum was followed by an open meeting of the Corangamite Climate Change and Environment Reference Group, which was attended by members of the local community and environment groups such as Geelong Sustainability and the Barwon Region Alliance for Community Energy.

Representatives of the Corangamite Catchment Management Authority and Landcare were also in attendance.

Mr Bowen answered questions on a range of topics from the community. He was asked about rooftop solar and community energy projects, Labor’s plan to rewire the grid, and the path forward in the debate on climate.