Govt Must Not Dismantle the CEFC 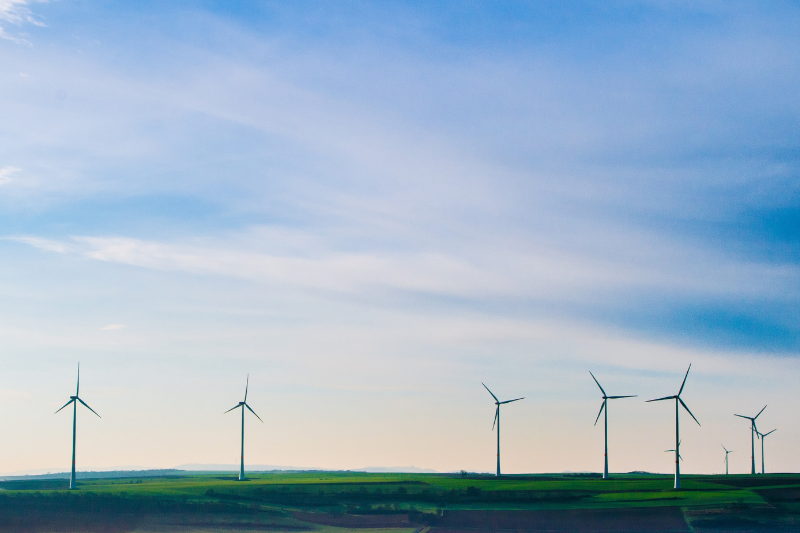 I rise to speak on the Clean Energy Finance Corporation Amendment (Grid Reliability Fund) Bill 2020. Labor established Australia's CEFC, the nation's first clean energy bank, in 2012 to facilitate increased finance into the clean energy sector. Under Labor, the CEFC sought to drive capital investment into renewable energy, energy efficiency and low-emissions technologies. But, as we know, the Abbott-Turnbull-Morrison government has a track record of attempting to undermine the CEFC and ARENA, the Australian Renewable Energy Agency, whilst claiming credit for these agencies at the same time. My constituents and all those who care about our environment and renewable energy know better. They fear, and Labor fears, this legislation will open the back door to secretly shovelling cash onto the balance sheets of the government's big polluter mates. So Labor will not support this bill. We will not support a Grid Reliability Fund which is a means of funding fossil fuel projects via the public purse.

The people of Corangamite care deeply about their local and our global environment. The health of our planet and getting well-paid, secure jobs for Corangamite are two of the most important priorities for my constituents. They will not stand for the misuse of the CEFC to undermine the health of our region or the planet, or the many clean energy jobs that will be created as a result of this clean energy investment.

The Clean Energy Finance Corporation is a bank, led by clever finance experts who, under the Gillard government, were given $10 billion to invest. If they weren't working for the CEFC, lots of these employees would be working for places like Macquarie Bank, Lloyds, Westpac or UBS; however, they do work for the CEFC. They work for the CEFC in Melbourne, Sydney, Brisbane and Perth, and every day these clever employees ensure that these taxpayer funded investments into renewable energy projects are performing well. They also look for opportunities to invest more and better. The employees of the CEFC are exceptionally good at what they do. Even the Prime Minister has recognised their leading practice, calling the CEFC the world's most successful green bank.

Here are some of the facts that have been mentioned already in this debate but are worthy of repeating: the CEFC has returned $718 million to Australian government coffers since its formation in 2012; it has deployed $8.2 billion and leveraged private sector investment of $27.8 billion over the same period; and it has fully or partly funded around 18,000 projects. These projects have a lifetime reduction impact equivalent to 220 metric tonnes of carbon dioxide.

The difference between what these people do now and what they would do if they worked at any other financial institution is very simple. It is about our nation making a valuable contribution to the reduction of global emissions, to taking on climate change, to taking our net zero emissions target to 2050 and to reducing our impact on biodiversity loss, on the decimation of native species, on coastal erosion and on sea level rise. The work of the CEFC creates new, secure jobs. So that's it: that's the fundamental difference between the way the Commonwealth clean energy bank behaves and the way commercial banks behave. Finance is complex. The energy sector is complex. But the principle behind the CEFC is not rocket science. It's in the name: the Clean Energy Finance Corporation.

The Morrison government has no plan to reach their emissions reduction targets. They are playing accounting games and have played dodgy tricks with carryover credits. Official projections from the government show Australia will fall well short of targets that were too low to begin with. Did you know that new figures from the Clean Energy Council show that just three new projects have reached financial closure in the last quarter? Now we're told they are looking to strengthen the CEFC and improve the bank's capacity to enhance reliability of the grid. To those opposite I say: 'I don't believe you. The members on my side don't believe you. The people I proudly represent don't believe you.' This is the issue before this House today.

The Morrison government wants to change the way the CEFC works, but can it be trusted? Its track record shows otherwise. It doesn't want to change the way the CEFC works because it says there's something wrong with how the CEFC works or because it says the CEFC needs to be able to do something it can't. The good in this bill doesn't require this bill. If the government wants to put another billion dollars into the CEFC, let's do it. If the government wants the CEFC to be able to invest in grid reliability projects, then—good news—it already can. Those are the reasons we've been given, but they simply don't make sense, which is why we have an illustrious group of former senior executive and board members from both the CEFC and the Australian Renewable Energy Agency writing to reject the government's changes. This letter simply states that none of the amendments in this bill would improve the CEFC's clean energy outcomes, contribution to grid reliability, commercial success or contribution to emissions reduction, and they see no compelling reason to support the bill. Instead, we're left to speculate about what this government actually wants. Here's one possibility: the government is changing the CEFC because it wants to use financial complexity to conceal a time-honoured Liberal-National practice of investing taxpayer money into fossil fuels. That seems very possible, given this government's history and the fact that the explanatory memorandum notes certain types of gas-fired electricity generation will now fall under this new definition. This is the concern of my constituents and this is the concern I bring to this House. If the government wants to spend taxpayer money to pad the balance sheets of its commercial polluter mates then, at the absolute least, one would hope they would have the guts to look the Australian people in the eye when they do it.

Because the Morrison government has given us reason to be suspicious, Labor will not support this legislation. We will not support it until it has the kind of restrictions in place that ensure the CEFC only invests in commercially viable renewable energy projects—restrictions that ensure the CEFC isn't used to redirect money to projects that exclusively benefit the Liberal Party and its donors and restrictions that demand that the CEFC isn't used to invest in fossil fuels. Getting this right is important. It's important because of the invaluable work the CEFC does in reducing our carbon footprint, reducing our impact on climate change, reducing our impact on the environment and creating new and rewarding jobs.

People in my community are proud of our environment. They're proud of our magnificent coastline, our waterways and our iconic surf beaches. They want to look after our environment, and, like me, they are passionate about preserving Australia's environment for future generations. They also want to see well-paying green-collar jobs driving prosperity in Geelong, in Leopold, across the Bellarine, in the Golden Plains and down to the Surf Coast. There is frustration at the current energy crisis, frustration with a federal government that has been dragged kicking and screaming to act and frustration with the many missed opportunities we've had over the past seven years—seven years of the Abbott-Turnbull-Morrison government's failure to turn our green energy demand into good jobs and good opportunities for regions like mine. Embracing renewable investment makes absolute sense. A well-funded and well-functioning CEFC makes absolute sense. It's good for jobs, it's good for our economy and it's good for our environment.

We support net zero emissions by 2050, and so does every state and territory across Australia. It is only the federal government that will not make this commitment. The Labor Party won't stand by and watch as this government undermines the institution that Labor created and what it stands for: reducing our emissions. The Clean Energy Finance Corporation stands for clean energy. Let's ensure that we keep it that way and that the CEFC continues to do its job: supporting industries that support renewable energy and the reduction of our emissions. Our future generations depend on it.