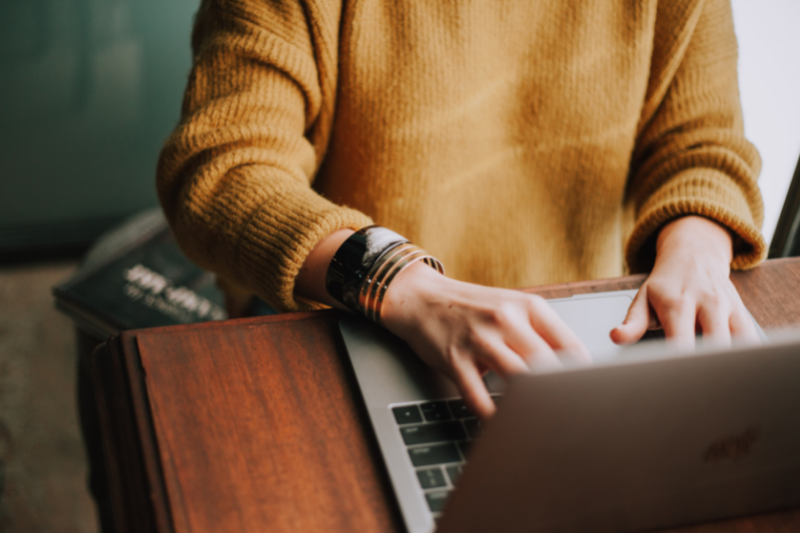 The COVID pandemic has shone a bright light on the dark underbelly of job insecurity and the increasing casualisation of our workforce not only in my electorate of Corangamite but across our nation. It's exposed the flaws of an industrial relations system that, under this government, has forced many workers in our aged-care sector, in hospitality and retail, in teaching, in health, in the NDIS, in the gig economy and in security services to take multiple jobs just to pay the bills. Did you know there are currently two million Australians employed casually? With this increasing casualisation comes increasing anxiety, stress and uncertainty, with millions of Australian workers receiving no superannuation, no sick leave and no maternity leave. They have no safety net and little ability to plan and save for their future and the future of their families. This is the story of struggle I hear from many, many people as I move through my electorate—stories of casual workers in hospitality who arrive at work only to be told to go home; workers who, due to COVID, have been asked to take a pay cut and told that otherwise they may lose their job; workers who struggle to get a loan or pay down their mortgage because their pay packets are erratic and insecure; and workers in the gig economy who are forced to bid for work at the lowest rate of pay, below the minimum wage, just to get a few hours of work.

But, instead of recognising the plight of these workers and acting to ensure better and fairer outcomes, the Morrison government have decided to introduce this bill. They call it the Fair Work Amendment (Supporting Australia's Jobs and Economic Recovery) Bill 2020, but this bill is not fair and it certainly will do little to help workers and stimulate the economy, because at its heart the bill is designed to cut wages, reduce workers' conditions and undermine workers' ability to negotiate a fair and decent rate of pay and security of work.

We have just heard that the Morrison government has flagged that it will dump its plan to remove the better off overall test. Essentially, the BOOT ensures that agreements meet or exceed the minimum legal standards of employment in the sector. Without it, minimum legal standards such as the minimum wage could be ignored. So it is the right decision to retain the better off overall test, to give casuals some basic rights and respect. But it should be noted that the government did this not because they saw the light or because they care about workers' ability to live decent, hopeful productive lives but because they knew that without the better off overall test they wouldn't get the bill passed in the Senate. So, it's politics before people for the Morrison government—certainly not a motto to be proud of but a motto that clearly signals their intentions when it comes to workers and industrial relations.

We now know what they want to do. We know they want to cut workers' take-home pay, and if they get another chance they'll try again. Well, Labor will not stand by and allow that to happen. We stand with workers and with all those families who deserve better. We will oppose this bill, because it is absolutely flawed. It would strip the Fair Work Commission of its power to properly examine whether workers are better off. It would reduce the commission's role to a tick-and-flick approach that is unreasonably short in the time frames. It would remove requirements for employers to properly explain new agreements, and where a worker agrees, when they first start a job, to sign up as a casual they will remain a casual despite their hours of work. The only way for a casual to further question the decision would be to lawyer up and go to the Federal Court. On a casual wage, this is near impossible. Then there is the removal of rights from blue-collar workers and the fact that this legislation would weaken wage-theft laws and penalties in the states of Victoria and Queensland. If it sounds unfair, that's because it is.

This bill was first introduced in the House on the second-last day of parliamentary sittings in 2020, with only a short window for submissions—such an important industrial relations bill, proposing wholesale change to how our employers meet and negotiate with employees, changes to the rules that dictate wages and conditions and changes to the definition of casual work, yet they've allowed only a limited time for submissions. If it sounds dodgy, that's because it is.

The Morrison government is proud of the initial consultation. They say it involved months of roundtables with employee groups, with unions and with business. But instead of transparency and open deliberations these meetings were highly secretive, with all participants having to sign a confidentiality agreement and being told that they would be removed from the process should they breach the rules. Those roundtables covered the general themes of award simplification, enterprise agreements, casual work, compliance and enforcement, and greenfields agreements with new enterprises. But after about 150 hours of meetings and hundreds more hours of additional consultation, this government drafted a mean-spirited and economically weak plan to give one side of the negotiating table everything it was asking for while ignoring the advice of those advocating for workers..

It is worth noting that one of the biggest shifts this bill proposed was the suspension of rules that prevented enterprise agreements from undercutting minimum award standards. And while nobody at the roundtable discussions raised this as an option, the government included it anyway. Luckily they have been shamed into retaining the BOOT. But their actions show a willingness to sacrifice workers' wages and conditions if it helps their mates in big business. Ultimately this bill is not about worker flexibility as those opposite have said. It will reduce work security. It will drive down wages. And it will fundamentally damage the Australian economy. Why? Because wage cuts mean less money in the economy, less spending in the economy and less stimulus in the economy—and in this time of COVID, with so much hardship, not only for workers but also for small-business owners, including all those tourism operators along the Great Ocean Road, the Surf Coast and The Bellarine. This is mean-spirited and short-sighted. It shows no understanding of what the people in my electorate are experiencing.

Labor has suggested supporting JobKeeper, but it is very disappointing that the government wants to continue to water down wages and conditions. Well, Labor has a different plan—a plan that will make the economy stronger by strengthening wages, increasing spending power and creating a resilient economy that will grow as confidence and jobs grow. At the heart of our plan is the welfare, job security and opportunities that all working people deserve. To achieve this, we will arm the Fair Work Act and the Fair Work Commission with the tools to ensure that there is scrutiny, fairness and equity. Labor will do this, and we will do this because we're on the worker's side. Labor will make job security an objective of the Fair Work Act 2009 so that the focus for any decision will be fairness and job security as the centre point of the Fair Work Commission.

Labor will legislate a fair and objective test to define when a worker is casual and when a worker is permanent; basic rights will not be stripped from workers because they can't afford to stick up for themselves. We will limit the number of consecutive fixed-term contracts an employer can offer for the same role, with an overall cap of 24 months. Labor will make the government a model employer and will use taxpayer procurement dollars to promote secure employment.

Good jobs matter to my community. Well-paying jobs are how the mums and dads in Corangamite look after their families. Secure jobs are how mums and dads stay confident about the future. And when mums and dads are confident in the future they spend in the economy and help small and medium-sized businesses in Corangamite and across our nation to thrive. With a confident customer base, businesses in the Bellarine and the Surf Coast, Queenscliff, the Golden Plains and the Otways will grow and innovate, making our community stronger again. But this is all dependent on the families in my community and across Australia having strong incomes—decent wages—and it is Labor which has a plan to make that happen.

In closing, tax breaks for big business and industrial relations deregulation are at the heart of this mean-spirited and ill-conceived bill. The Morrison government is spinning the line that it will lift Australia out of the coronavirus induced economic black hole. But what the Prime Minister and his Treasurer are failing to say is that this bill will target frontline workers, women and families. It will be Australia's frontline workers, women and families who bear the burden of this government's proposed wage cuts and poor working conditions. Instead, the Labor Party has a vision to increase the strength of the Australian economy and to increase the size of Australia's pay packets. Labor will do better because Labor believes that, when you support and create opportunities for families, women, small business and our vulnerable, the community thrives—we all thrive. Labor says no to this unfair bill. We stand with you and we're on your side.