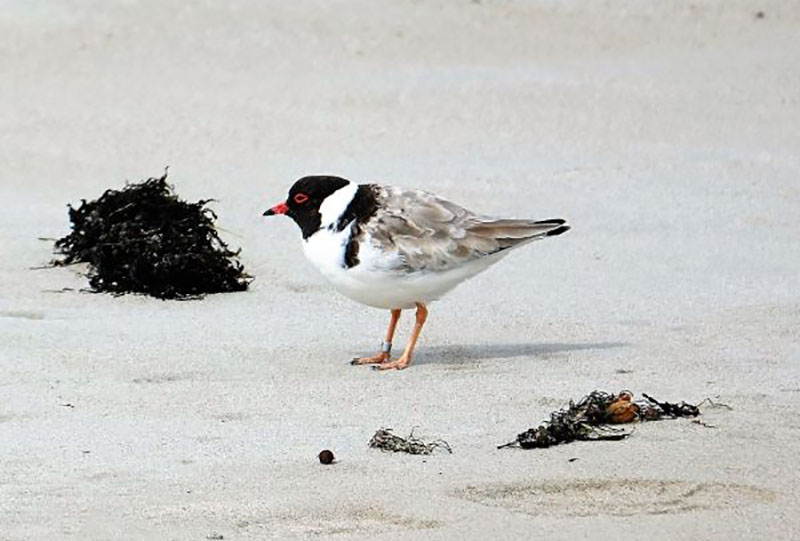 Local Federal MP Libby Coker has sounded the alarm over the Morrison Government’s refusal to sign a global biodiversity pledge, insisting the decision would put local endangered species such as the hooded plover at further risk.

The Morrison Government was invited to sign a Leader’s pledge for nature – which was launched ahead of major UN summit on biodiversity – but declined to participate as it was “inconsistent” with Australia’s policies.

Ms Coker said it was a disgrace that the Australian Government would turn its back on a commitment to reverse biodiversity loss.

“We are living in an environment state of emergency. We need to value our biodiversity, our ecosystems and protect native habitats. If we do not act now, we will lose much of our flora and fauna, which we all hold dear,” the Corangamite MP said.

“We know biodiversity loss; ecosystem degradation and climate change are all intrinsically linked.”

“Australia is in the middle of an extinction crisis. Inaction is only putting wildlife, such as our region’s tiger quoll and hooded plovers, at the edge of extinction.”

The UN pledge promises a stronger global effort to reduce deforestation, halt unsustainable fishing practices, eliminate environmentally harmful subsidies and begin the transition to sustainable food production systems and a circular economy during the next decade.

Ms Coker said it was very disappointing that the United States, Brazil, China, Russia and India had all declined to sign the pledge.

Ms Coker said the Prime Minister must explain why his government was putting its own political future ahead of the planet’s survival for future generations.

“Scott Morrison needs to explain why he will not commit to a stronger effort to protect Australia’s wildlife.”

Ms Coker’s comments follow a UN report that criticised Australia for the extinction of the Bramble Clay melomy’s – the first believed mammal extinction due to modern climate change.

“But instead, this Government is turning its back this global environment pledge and on a federal level, attempting to water down the Environment Protection and Biodiversity (EPBC) Act.”

“This Act helped save the Franklin River and protect the Great Barrier Reef. It must be more robust, not watered down in its powers to protect our environment.”

“It’s a disgrace and the generations that come after us will never forgive us if we do not act.”

Julie Riley of the Friends of the Hooded Plover-Breamlea echoed Ms Coker’s comments, insisting the Federal Government must do more to protect our endangered species.

“Volunteers, scientists and land managers work tirelessly to protect these species. So, it is up to the Government to fulfill its duty under the EPBC Act,” Ms Riley said.

“For example, it has a commitment under the EPBC Act to protect the endangered hooded plover. They are a flagship species.”

“We have a precious and unique situation in our region. It is a very biodiverse area and that is coming under more and more stress due to expansion, climate change and rising sea levels.”