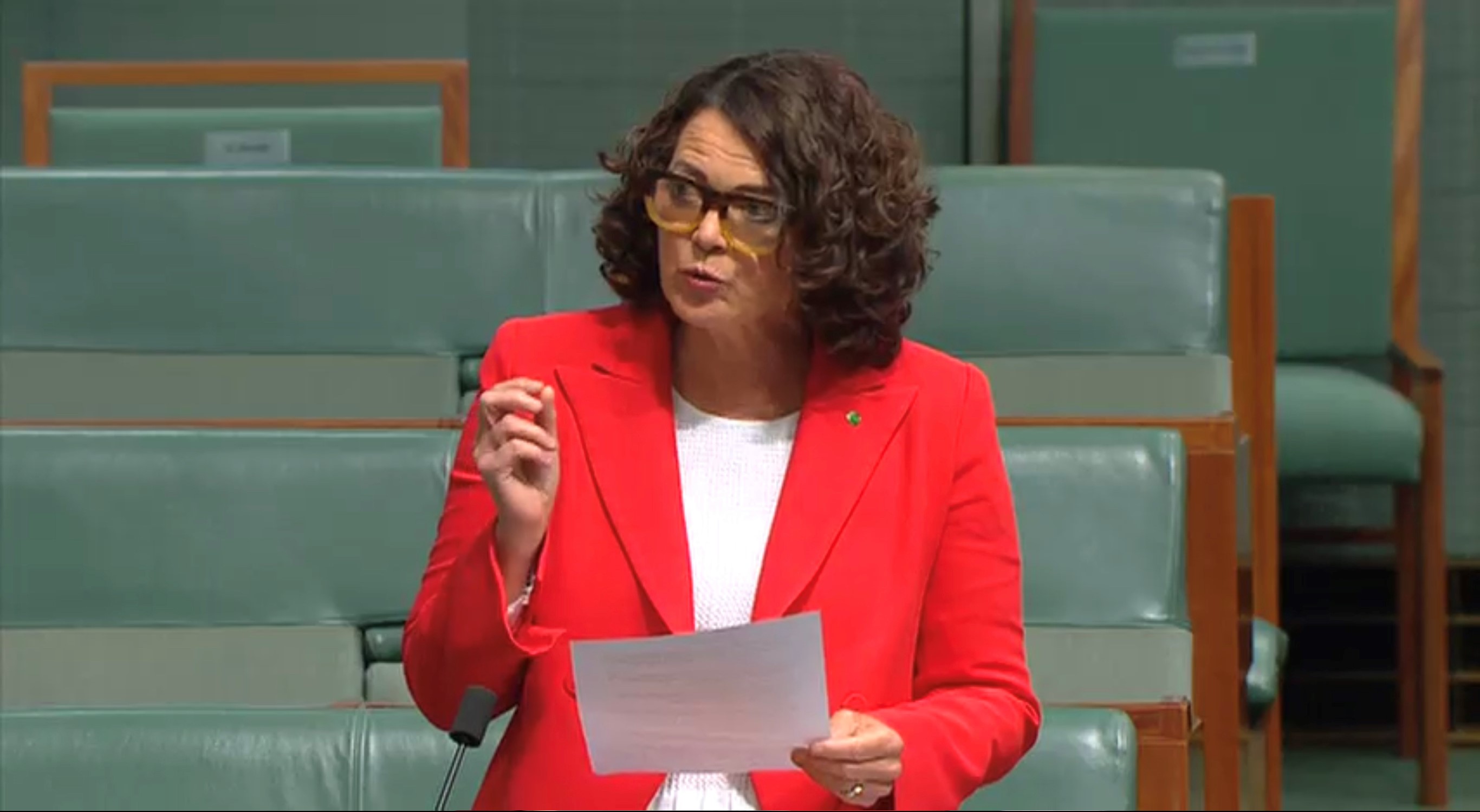 Speech by Libby Coker MP on the Morrison Government's Religious Discrimination Bill, delivered in Parliament on the evening of 9 February 2022:

I'd like to thank all those colleagues who've spoken before me, including the member for Cooper who spoke with such passion on this significant issue. The Religious Discrimination Bill should ensure that all Australians, regardless of their religion, gender, sexuality, cultural identity, marital status or disability, are free from discrimination. But, as it stands, this bill does not do this, and that is why Labor will fight to amend this bill in this House and in the Senate. We will propose a set of amendments to address the deeply held concerns of so many Australians, many of whom live in my electorate of Corangamite. I have listened to their heartfelt pleas—pleas which have come from people of faith, community leaders and parents of vulnerable children. They worry and I worry that this bill in its current form will undermine our nation's cohesion and drive a wedge between people of faith and people of the LGBTIQA community.

This bill has the potential to cause great anxiety in many people who fear persecution and vilification because of who they are. This is not acceptable. I want to make it clear that I do not support this bill, and Labor does not support this bill as it stands. I want to thank everyone in my electorate who's reached out to me and shared their thoughts and experiences about their children and members of their families. Your stories are very moving, and I will be responding to each of you. Your stories matter.

It is interesting to note that some in my community who are cynical of government believe the Prime Minister is weaponising this legislation and seeking to whip up a culture war to distract Australians from the many failings of his government: its failure to lead through the pandemic, its failure to protect people in aged care, its failure to legislate a federal anti-corruption body and now its failure to bring the nation together and ensure we are all free from discrimination. I tend to agree with them. The Prime Minister is now rushing through this legislation, three long years after he promised to do so and on the eve of a federal election. On 18 December 2018 the Prime Minister announced that his government would enact a religious discrimination act and appoint a religious freedom commissioner before the 2019 election. But, as we've come to expect from this government, this is yet another broken promise in a very long list of broken promises and announcements.

Freedom of thought, conscience and religious belief are fundamental human rights, and I wholly support the extension of the federal anti-discrimination framework to ensure Australians are not discriminated against because of their religious beliefs. People from many different religious groups live in my electorate, and I have had the pleasure of meeting with them to celebrate special religious festivals and occasions. Many people of faith in my electorate have stepped up during the pandemic to provide food relief to those experiencing hardship and help to bring their communities together during very tough times. They have amazing compassion. Religion provides solace, faith, comfort and a sense of belonging, and it's central to many people's lives. People of faith have the right to act in accordance with the doctrines, beliefs or teachings of their tradition and faith. That's why it's so important that we continue to protect the rights of people of faith to practice their religion free of discrimination.

But it is equally important that this anti-discrimination framework extends to everyone regardless of age, ability, race, sex, gender, identity, sex characteristics and sexual orientation. I strongly urge the Morrison government to accept Labor's amendments, which ensure that state and territory anti-discrimination laws are not overridden. In the process of protecting people of faith from discrimination we cannot diminish the rights and freedoms of others. That's why Labor's amendments will change the law in four key areas: to prohibit religious vilification; prohibit discrimination against children on the grounds of sexuality and gender identity; make it clear that in-home aged-service providers cannot discriminate on the basis of religion in the provision of aged-care services; and make it clear that the statement of belief provision does not remove or diminish any existing protections against discrimination.

These amendments will go a long way to giving comfort and protections against discrimination for constituents like Merrin Wake and her son, Jay, who live in Torquay in my electorate. Merrin spoke on ABC radio this morning about her son, who is transgender. Merrin said earlier today:

'The discussion around this legislation has created fear and anxiety for trans kids and their families. When I dropped my son, Jay, at school this morning I felt fearful for him. This is the most scared I have felt since our journey began.' Parents of trans kids are getting tired of having to educate and fight every day for basic rights that other children enjoy and take for granted. Trans kids and their parents should not be burdened with being educators. Our government needs to step up and legislate protection for trans kids. The legislation in its current form will cause harm to vulnerable members of our community. She went on to say: 'Jay is in year 8 at a local secondary college, where he is loved and supported. He also has an abundance of love and support from his family, yet even for him this debate about whether trans kids should be protected from discrimination is extremely distressing. He knows only too well that too many trans kids do not have the love and support he has.'

Amy is another of many hundreds of constituents who have written to me. She's an Anglesea mother of two beautiful children. When her youngest child was born, she was assigned male gender. As soon as she could talk, she let her parents know that they had got it wrong and she was in fact a girl. This little girl is now five years old, loving life at kindergarten and has a bunch of beautiful friends and family who love her to bits. Amy wrote these eloquent words to me: 'Libby, I am writing to you today because I know in my heart that my beautiful daughter is perfect, completely and utterly perfect, just the way she is. I live in dread of the day she realises there are people in the world who believe she is anything less than that. We are so lucky to be surrounded by a community filled with love and hope and strength. With them in our corner, I know that my little girl will be okay. But not every LGBTIQA child has the same support she does. I'm asking you to stand up for them and reject this bill. These words have affected me greatly. When I read this through earlier, I must admit it brought me to tears. I am amazed by the compassion, generosity and open-mindedness of my communities.

It is inconceivable that the federal government is trying to ram through this legislation just prior to an election without proper consultation. The Law Council of Australia supports this view. It holds grave concerns about the bill as it stands. I quote from the council's statement:

Clause 12 makes lawful 'statements of belief' which would otherwise be unlawful, by overriding all federal, state and territory discrimination laws. This privileges manifestation of religious belief over other human rights, including the right to equality and non-discrimination, and is contrary to international human rights law.

We must not privilege one group over another. In its current form, this bill would cause pain and hurt, and this is absolutely unacceptable. If we do not pass these laws with our amendments in parliament, our government—a Labor government—will make sure that all people are not discriminated against.

We must protect religious freedom, and at the same time we must protect all people from discrimination on the basis of gender identity and sexual orientation. We must not put any Australian in a position of worsening discrimination, and we know the mental health problems are significantly higher in the LGBTIQ+ community. We must protect them and ensure all children receive the love, acceptance and support they deserve.

I call on the Morrison government to accept Labor's amendments, not only to ensure protection for people of faith, but also to ensure that no teacher, child or any person is discriminated against on the basis of their sexual orientation, gender identity, relationship, marital status or pregnancy. To move forward, to be a cohesive, caring and tolerant nation, we need real leadership from this government now. If not, the people will decide the Morrison government's fate at the next election.