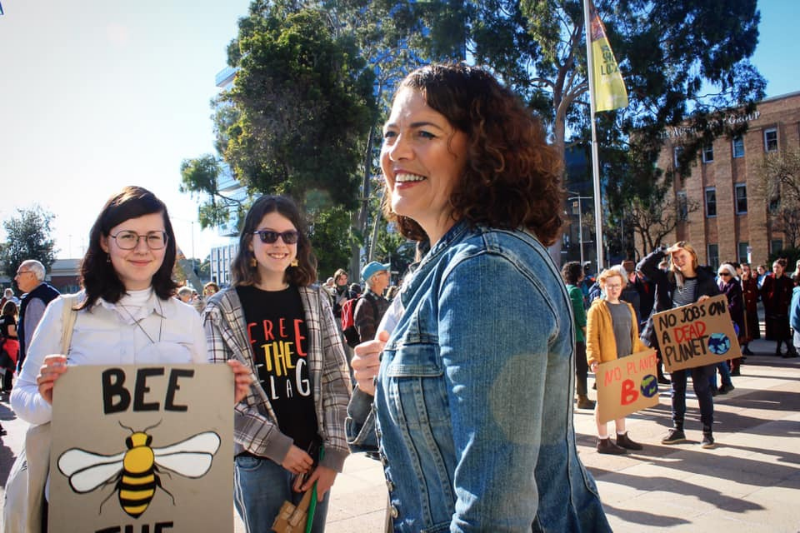 Local Federal MP Libby Coker has urged Scott Morrison to get real on climate change and set a meaningful emissions target at a rally in Geelong today.

Students from across the region attended the rally aimed at putting pressure on the federal government to step up on climate policy.

Ms Coker thanked the young people for keeping up the pressure on the Morrison Government.

“The rest of the world is way ahead of us and leaving us behind,” she said.

“It is your future. You are the young people. You are here today because you care but there are many, many other young people out there.”

“We need to bring everyone along on this journey. We need to say to the federal government we need to be doing so much better in this space.”

The Corangamite MP also hit out at Scott Morrison’s decision to use taxpayer funds to build a gas plant in the NSW Hunter region, telling the rally the plant was more about winning votes in a state by-election than stable energy and a serious commitment to climate action.

“The private sector will not have a bar of it. I think that about says it all,” she said.

“We know the plant isn’t about stable energy any more than its about economics – the people in the Upper Hunter, next door to where the new power station would be, happen to be going to the polls for a NSW by-election this Saturday.”

“So, what about the timing of that? What does that say? That this is a federal government led by Scott Morrison who care more about politics than they do about this planet.”

Ms Coker urged the Government to join Labor and commit to a net-zero emissions target by 2050, only fund clean energy projects via the Clean Energy Finance Corporation and embrace clean energy jobs.

Libby Coker commended Geelong MP Christine Couzens, who also spoke at the rally, and the Daniel Andrews government for their robust commitment to climate action.

Drysdale student and rally organiser Neo Williams said was involved because climate action would affect people like him the most.

“Today was just example for the community support for climate action,” he said.

“I got involved because at the end of the day it is the working people who will suffer the most.”